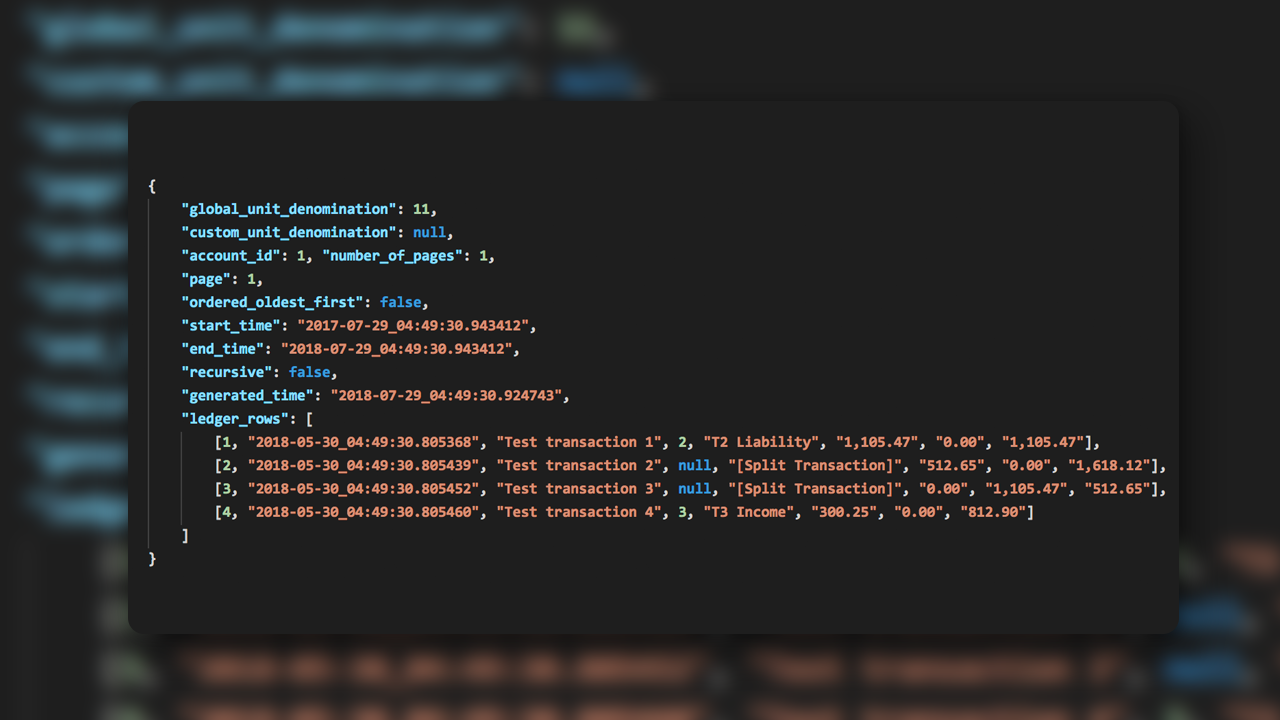 A new version of the Amatino API has been deployed to all regions. 0.0.5 contains breaking changes to the Ledger object, and is not backward compatible with 0.0.4.

All the above changes also apply identically to the RecursiveLedger object.

The Amatino API obeys the Semantic Versioning convention: Any version before 1.0.0 should be considered unstable, and breaking changes may occur at any time. Even so, I don’t want to cause breaking changes unnecessarily, and don’t take this lightly.

These changes are aimed at making Ledger objects more useful in real world applications. They are the result of experimentation during development of the upcoming Amatino Swift v0.0.5.